Shaykh Professor Dr Ali Gomaa was born in the Upper Egyptian province of Beni Suef on March 3, 1952 (7 Jumadah al-Akhirah 1371 AH). He is married with three adult children. In person, Gomaa’s appearance has been described as “tall and regal, with a round face and a trim beard.”

Shaykh Ali Gomaa graduated from high school in 1969, at which point he enrolled at Ain Shams University in Egypt’s capital, Cairo. Having already begun to memorize the Quran, he delved deeper into his studies of Islam, studying Hadith and Shafi’i jurisprudence in his free time while at university. After completing a B.Comm. (Bachelor of Commerce) at Ain Shams in 1973, Gomaa enrolled in Cairo’s al-Azhar University, the oldest active Islamic institution of higher learning in the world. He received a second bachelor’s degree (B.A.) from al-Azhar, then an M.A., and finally a Ph.D with highest honors in Juristic Methodology (usul al-fiqh) in 1988. Since he had not gone through the al-Azhar High School curriculum, he took it upon himself in his first year at the college to study and memorize all of the basic texts, which many of the other students had already covered.

Gomaa taught in the faculty of Islamic and Arabic Studies at al-Azhar University from the time he received his M.A. until he was appointed Grand Mufti, first as an assistant professor and then as a full professor.[19] In addition to being a teacher of Aqida, Tafsir, Hadith, legal theory and Islamic history, Gomaa is also a highly respected Sufi master.

In addition to the courses he taught at the University, Shaykh Ali Gomaa also revived the tradition of open classes held in a mosque where he taught a circle of students six days a week from after sunrise until noon. Gomaa established these lessons in 1998 with the aim of protecting the Islamic intellectual tradition from being lost or misinterpreted: “I want people to continue in the tradition of knowledge reading the classical texts the way they were written, not the way people want to understand them.”

In addition to the lessons in al-Azhar, Gomaa also began giving the Friday sermon (khutbah) in Cairo’s Sultan Hassan Mosque in 1998 after which he would give a short lesson in Islamic jurisprudence for the general public followed by a question-and-answer session. In addition Gomaa speaks fluent English, and he was a former chairman of Al-Azhar University’s Islamic Jurisprudence Department.

Shaykh Ali Gomaa has told American journalist Lawrence Wright that he worked with Islamic Group prisoners who later embraced the “Nonviolence Initiative” and denounced violence. “I began going into the prisons in the 1990s…. We had debates and dialogues with the prisoners, which continued for more than three years. Such debates became the nucleus for the revisionist thinking.”

His office, the Dar al Ifta (literally, the House of Fatwas), a government agency charged with issuing religious legal opinions on any question to Muslims who ask for them, issues some 5,000 fatwas a week, including both the official ones that he himself crafts on important issues and the more routine ones handled via phone and Internet by a dozen or so subordinate muftis.

Since being appointed as Grand Mufti, Shaykh Ali Gomaa had numerous media appearances. His regular television appearances include al-Bayt Baytak on Tuesday nights on both Egyptian terrestrial and satellite channel two, when he discusses current events and answers the questions of viewers who call in; Yas’alunaka, on Fridays on the Risalah satellite channel on which he gives a simplified explanation of Islamic jurisprudence; and a commentary on the Koran, which appears daily on local Egyptian channel one.

In addition to his television appearances, Gomaa has a weekly column in the Egyptian daily newspaper al-Ahram. His articles have covered a wide range of topics from explanations of the basis of Islamic law and calling for calm in the face of the Danish cartoon crisis, to refuting extremism and denouncing The Protocols of the Elders of Zion as a forgery. He is one of the signatories of A Common Word Between Us and You, an open letter by Islamic scholars to Christian leaders, calling for peace and understanding.

Sheikh Ali Gomaa is the former Grand Mufti of the Arab Republic of Egypt. He is one of the foremost Islamic scholars in the world. Despite retiring from the post of Grand Mufti of Egypt in 2013, Gomaa has remained active on many fronts and his counsel is more in demand than ever before.

Gomaa’s scholarly influence is derived from his position at the centre of many of the most significant institutions of Islamic law in the world. Before becoming Grand Mufti, Gomaa was a professor of jurisprudence at AlAzhar University—the second oldest university in the world, founded in 975 CE—Gomaa also served as a member of the Fatwa Council. He is currently a member of the International Islamic Fiqh Academy, the highest institute of Islamic law in the Organization of the Islamic Conference—an intergovernmental organization for Muslim-majority countries. Gomaa has authored over 50 books, as well as hundreds of articles.

On April 18th, 2012, Sheikh Ali Gomaa, with HRH Prince Ghazi of Jordan, broke what had been a 45 year taboo in some parts of the Islamic World (propagated notably by Qatar based Sheikh Al-Qaradawi) and visited the Al-Aqsa Mosque in order to pray there and support the beleaguered Muslim community in Jerusalem. The visit was viewed as controversial in Egypt, but set off a change of public opinion in the Islamic World that continues to this day. The Grand Mufti also visited the Church of the Holy Sepulcher, which was much appreciated by the Christian community of Jerusalem.

Gomaa was exceedingly popular as a mufti and remains ever popular since his retirement, although some of his political statements and pro-military government stance after the Egyptian Revolution have tempered this support somewhat. Apart from appearing on popular broadcasts and satellite television programmes, he also revived the practice of informal ‘knowledge circles’ at the AlAzhar Mosque. At his very well attended Q&A sessions after his Friday sermons, Gomaa makes a point of taking on anyone who tries to simplify or distort Islamic teachings without knowledge of its traditions. This has made him extremely popular with those who vehemently oppose political Islam, as well as also making him a target for some extremist Islamists. He recently escaped an assassination attempt outside a mosque in Cairo.

Gomaa has immense legal influence through his advocacy of Islamic religious edicts (fatwas). When he was Grand Mufti of Egypt, he modernized the process of issuing fatwas in the country. He did this by overhauling the Dar Al-Ifta organization into a dynamic institution with worldwide reach, based on a fatwa council and a system of checks and balances.

“Terrorism cannot be born of religion. Terrorism is the product of corrupt minds, hardened hearts, and arrogant egos, and corruption, destruction, and arrogance are unknown to the heart attached to the divine.”

“In Egypt, a civil state means a modern nationalist state that is compatible with Islamist provisions.” 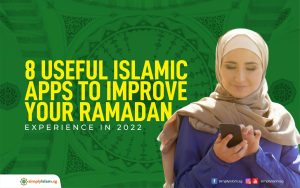