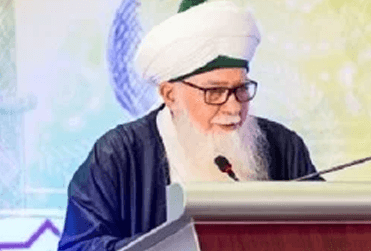 Born into an eminent family of religious scholars in Beirut, Shaykh Muhammad Hisham Al-Kabbani is a world-renowned Muslim scholar, author, and lecturer.

Shaykh Hisham Kabbani is Chairman of the Islamic Supreme Council of America (ISCA), a non-profit religious organisation based in Washington DC. ISCA has spearheaded a number of peace initiatives, hosted notable conferences, actively engages in inter-religious dialogue, and promotes traditional and moderate Islamic views within and outside of USA. ISCA has addressed numerous world bodies such as the United Nations and continues to advise the United States Department of State on issues regarding Islam, religious tolerance and terrorism. The organisation was a key adviser in the formation of US foreign policy on Kosova, and has recently paved development and trade resources for Muslim-populated newly independent states of former Russia.

For many years Shaykh Hisham Kabbani has publicly condemned all acts of terrorism and the use of Islam to promote terrorist agendas. He has worked ardently to help people all over the world, from all walks of life, better understand the moderate, tolerant nature of traditional Islam, as practiced around the world.

Shaykh Hisham is on the boards of a number of organisations that promote the tolerance and moderation inherent in traditional Islam:

In his ongoing efforts to unite, educate and serve Muslims, Shaykh Hisham Kabbani founded several national organisations like the Islamic Supreme Council of America (ISCA), As-Sunnah Foundation of America (ASFA), and KAMILAT (Muslim women organisation). As founder of KAMILAT, he has brought challenges faced by women and families to the forefront of Muslim consciousness. His strong commitment to gender equality and continuous support of women’s rights to education, inclusion in politics, policymaking and all levels of community affairs, paved the way for KAMILAT to co-host the 2nd International Islamic Unity Conference ’98 in Washington DC. “The Role of Women in Building the 21st Century” featured experts from around the world and a dozen panels on contemporary Muslim-specific issues. He is also founder and publisher of The Muslim Magazine, which was launched in 1998.

In addition to being interviewed by and reported on by almost every major daily newspaper in the USA, including an exclusive feature in Newsweek magazine, Shaykh Hisham Kabbani has been featured on CNN, C-Span, A & E and the Odyssey Channel. His efforts have been lauded by the US Senate, the US Congress, the Governor of California, the California State Senate and the National Press Club.

Shaykh Hisham Kabbani has spent his life spreading the teachings of peace, tolerance, respect and love, which are the message of Islam, throughout the world. He continues to disseminate the light and peace of Islam’s spiritual dimension to people of every background, ethnicity, race and belief.

Shaykh Hisham Kabbani’s mission is to spread the peaceful and beautiful Islamic teachings of the brotherhood of mankind and the Unity of belief in Allah. His efforts are directed at bringing the diverse spectrum of religions and spiritual paths into harmony and concord, in recognition of mankind’s responsibility as caretaker of this fragile planet and of one another. His arduous spiritual training of 40 years has endowed him with the sublime qualities of wisdom, light, intellect, and compassion. Shaykh Hisham Kabbani’s outreach mission is his unique contribution to the Endeavor of Humankind in reaching for its highest destiny – nearness to Allah the Almighty.