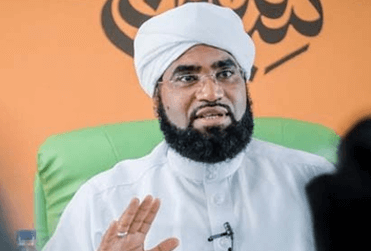 Shaykh Faid Mohammed Said is one of the most prominent Islamic scholar based in the United Kingdom whose efforts include teaching and community outreach work. Besides holding regular classes on the Qur’an, Seerah and Fiqh, Shaykh Faid is a pioneer in pastoral work providing advice and counseling services for those who are in need especially new Muslims, women and the youth. His ‘Clinic of the Heart’ Project is an exciting and innovative initiative that strategically creates a context of frontline engagement between a scholar and those in the community who need access to a balance interpretation of the faith.

Shaykh Faid is formerly the Director of the Larayb Institute of Education (LiFE), Resident Scholar at the Harrow Central Mosque in North London, United Kingdom, and Senior Advisor to the Radical Middle Way, an organisation established in the wake of the London 7/7 attacks, which aims to promote a mainstream, moderate understanding of Islam, as well as equip its audiences with the tools to combat exclusion and violence, and encourage positive civic action. Shaykh Faid is currently the Director of Academic Research & Author at Isra Books, a UK-based publisher.

Educated by some of the most prominent scholars of our times in his native Eritrea and in the illuminated city of Madinah, Shaykh Faid is a qualified Maliki jurist and commentator of the Holy Qur’an with specialism in the Arabic language. Over the years he has accumulated various ijazah (license for transmission of knowledge) on a variety of traditional subjects from a variety of scholars including the Most Eminent Shaykh Abdul Kader Hamid, Grand Judge of the Islamic Court of Asmara, capital of Eritrea, Shaykh Mahmoud Muhammad Ali Bakhit, Shaykh Al-Amin Osman Al-Amin (Judge of Appeal, Eritrea) and the Great Shaykh Muhammad Idrisei.

While in Madinah Shaykh Faid had to fortune to study under, among others, under such illustrious scholars as Shaykh Muhammad Yaqoub Turkestani, Shaykh Awadh bin Muhammad Sahli, Shaykh Aa’edh Al-Harthy and Shaykh Abd al-Khaliq al-Zahrani.

Shaykh Faid is widely traveled across the world where he is invited to share his knowledge and insights. He is on a frequent lecture tour of the UK, USA/Canada, Europe, Africa and the Middle East. He was invited by the Ministry of Islamic Affairs in the Maldives to give a series of national lectures in 2012 and in the last two years has made extensive tours of the Scandinavian countries, Morocco, Turkey and Italy.

Among his specialism is discussion about co-existence, interfaith, Islam in the West, counter-extremism narrative, and sharing the core transformative message of the Prophet Muhammad, upon whom be peace and blessings.