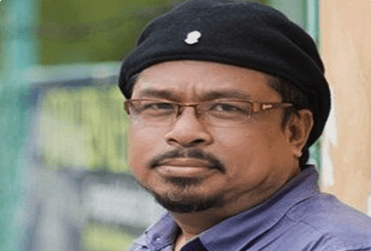 He worked for many years as a technician and later in the logistics sector. Kamarudin is part of a popular local qasidah group called Singapore Haqqani Ensemble, and has performed in countries like Indonesia, Australia and even Canada. But, he just cannot let go of his musical “rock” past and is often heard shouting “Rock never die!”, after singing rock songs in the office. He is married with 3 boys.